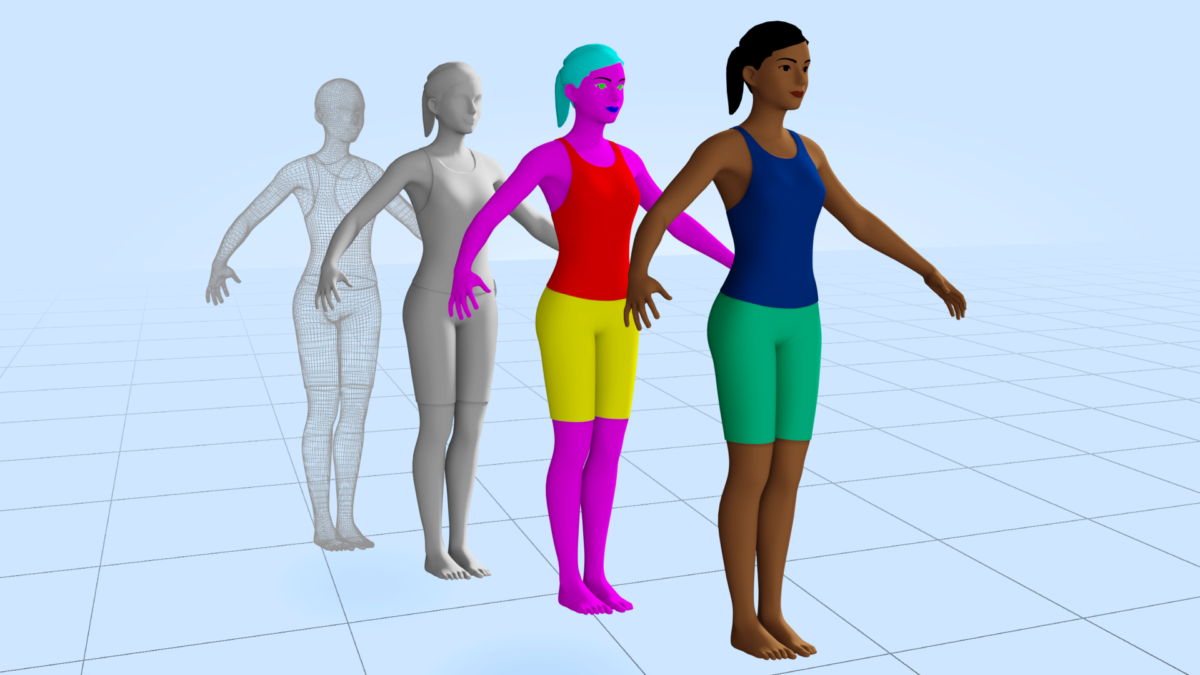 The Story Behind Seven’s Trainers

Seven’s instructors have been at the heart of some of our most fun and innovative projects over the years. In our latest update, they’re getting promoted to our very own customizable trainers! To celebrate a brand new chapter, we wanted to take you on a journey into their history.

Flashback to 2013, when Seven’s first instructor appeared on the scene; a simple model with a 2D design. A static illustration meant movement was limited, but the team got creative with shading to convey the flow of the exercises. We owe the OG instructor a lot for laying the foundation of Seven today, but we knew there was more we could do to make Seven really feel like the PT in your pocket. His characteristic simplicity would stay with us through the years, but it would soon be time to bring the app to life by adding a female instructor, 3D designs and dynamic movements.

We get to do some cool tasks here at Perigee, and creating our 3D models was no exception. Back in 2015, we teamed up with a motion-capture studio and a 3D character modeling studio to really bring them to life. Special shoutout to our real-life instructor, who was put through her paces modeling every one of the 200+ exercises in Seven!

Fun fact: over 70 cameras were used to film each motion and each character consisted of over 100K points, with sub-millimeter precision for the highest level of accuracy, down to the smallest finger movements.

These details helped us create a 3D trainer that feels as life-like as possible. In fact, according to our collaborators, it was the most advanced project they’d ever done, surpassing high-budget games and approaching feature film level. Not bad for our little app, we thought!

Fast forward to 2022 and we’re excited about the next stage in the journey. Our humble instructors are now customizable, and have been given the more prestigious title of ‘Trainer’. This update has been on our radar for as long as most of the team can remember, having long wanted to make Seven more inclusive. However, with some pretty big hurdles in front of us, we knew from that start that it could be an uphill battle.

An effortless and fun UI is every bit as essential to Seven as the workouts themselves. We wanted to make sure the customizable trainers were no exception, and worked hard to strike a balance between allowing personalization in an authentic way, while staying true to Seven’s simple interface.

We managed this by creating a sliding scale with 6 base skin tone colors, allowing you to select your perfect fit from every color in between. When it came to the outfits, we played with countless iterations, eventually deciding on eight looks to give you a range of outfit choices that still feel like they were made for Seven.

What followed was the tricky task of making sure that the instructors looked good everywhere you find them in the app! It was critical to us that every trainer you see matched with the 3D version you designed. Every 2D exercise thumbnail, as well as on Seven’s Watch app and AirPlay needed to feel like one smooth experience.

The result? Seven now makes all your customizations in real time, which means no loading time, anywhere in the app. You get the feedback directly while you’re making changes, and your new trainer will be reflected across the whole of Seven. Just like that!

Our team may be small, but it is mighty. Devs and designers took on the challenge with a tenacious spirit and May 2021 brought us our first prototype, and our goal of fully customizable trainers was finally within reach for early 2022.

We want to give a shout out to the Seven community for sharing their inspiration for this feature, and to the team behind the scenes for turning this vision into a feature we’re proud of. From our original 2D designs, to today’s fully customizable 3D trainers, it’s been fun to watch our trainers evolve and we can’t wait for what comes next!